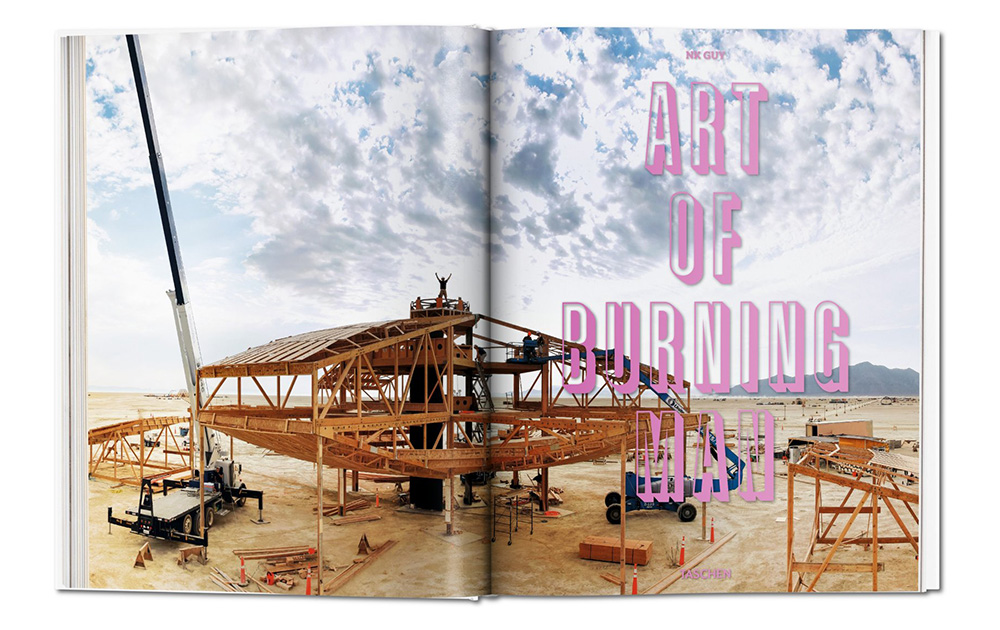 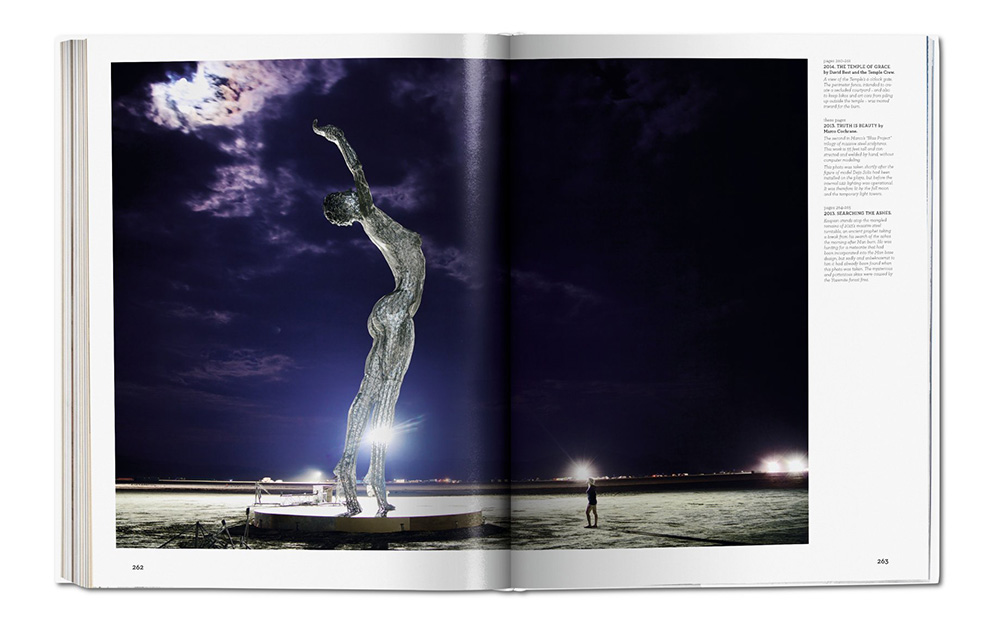 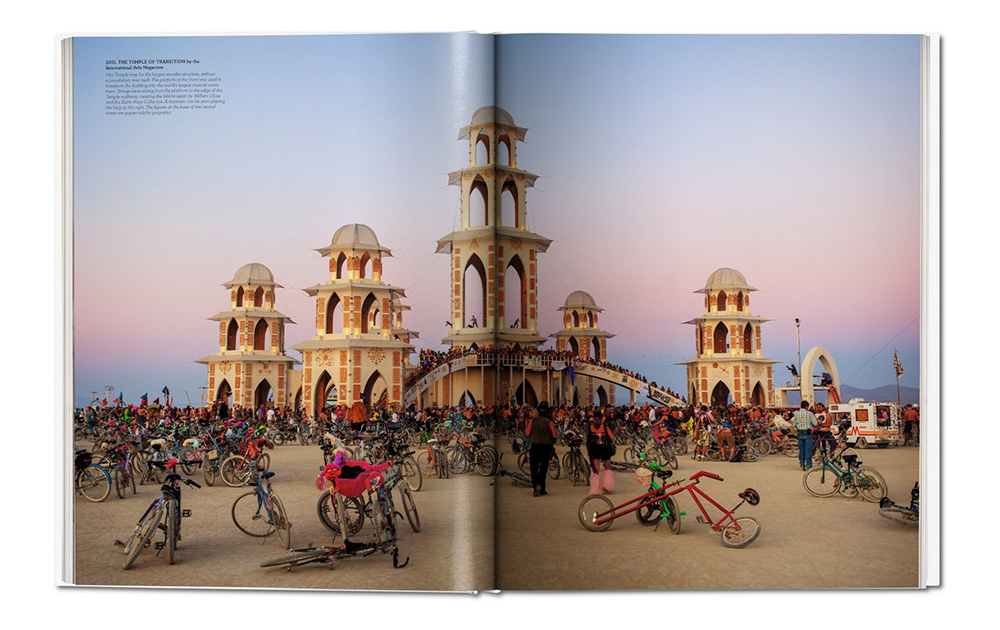 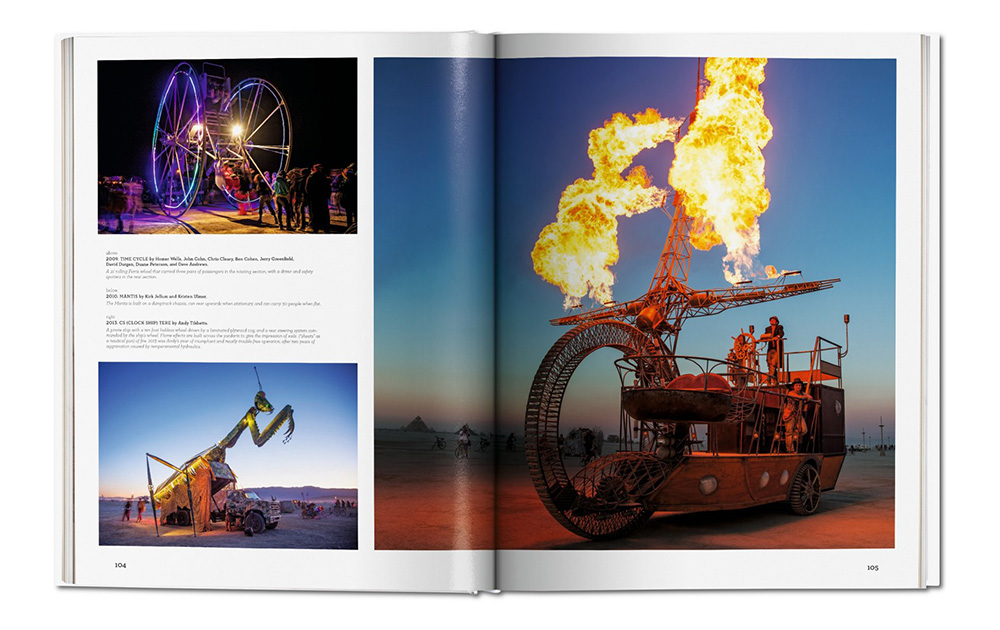 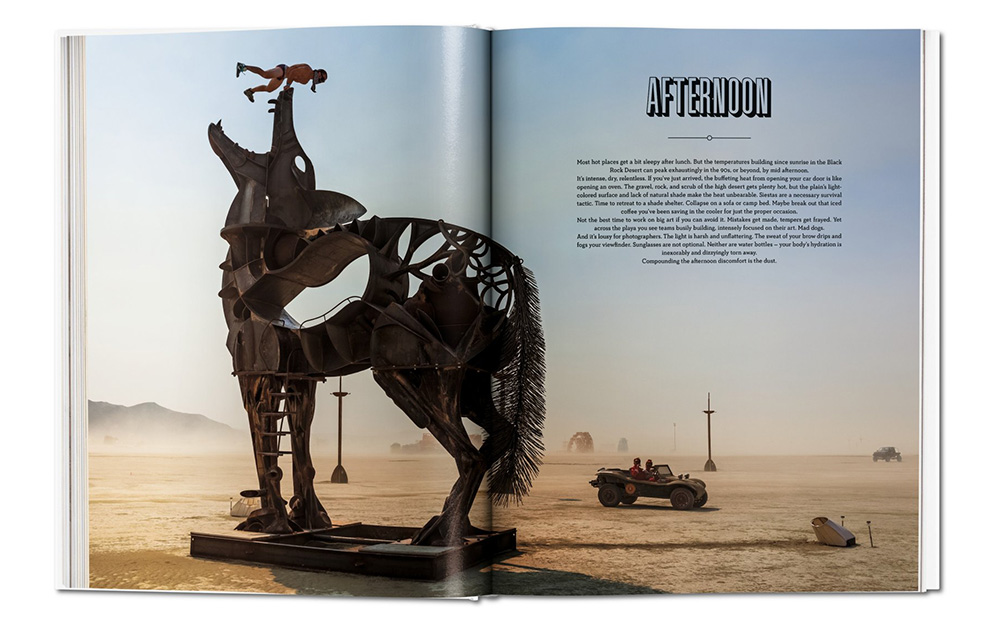 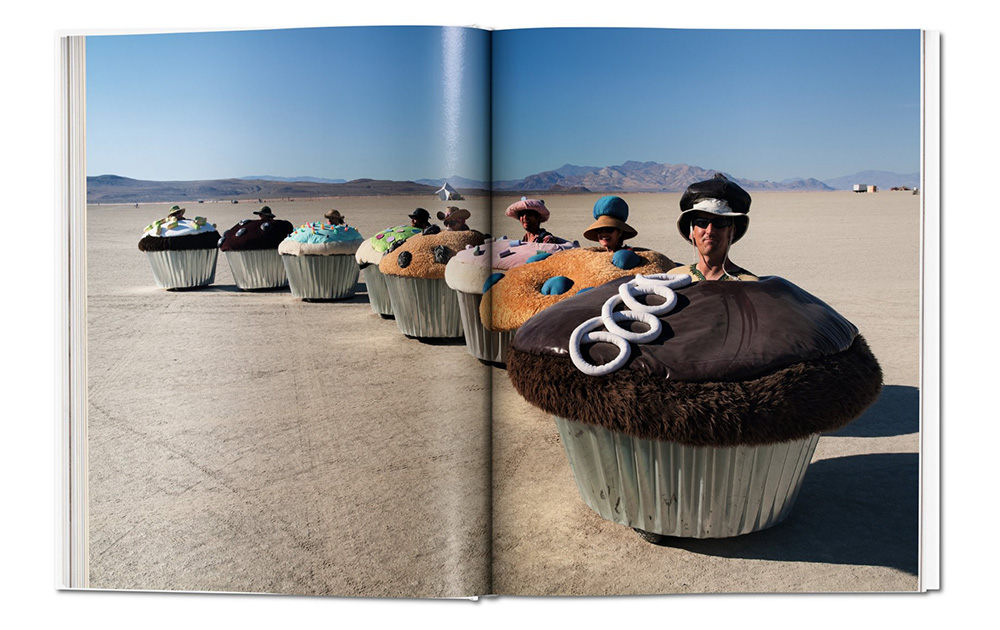 N.K. Guy's 'Art of Burning Man' (Taschen) is a true gift to Humanity.

For it is a visual chronicle that details Beauty, Inspiration, Creativity, Unfettered Living and Freedom in the Black Rock Desert, Nevada at 'The Burning Man Project'. N.K Guy's fine art photography has captured many magical moments of the burning man project over sixteen years. 'The Art of Burning Man' has the potential to open Hearts and Minds. The strong imagery and the stories of Events and People Artists are all about Spontaneity and Beauty, Self Expression and Open Hearts.

Every Year since 1986 (then in San Francisco's Baker beach) crowds have gathered to witness the burning of a human effigy and revel in a new found sense of awe and spontaneity. The burning of the effigy was a radical act of Self Expression for one of the organizers Larry Harvey.

But the roots of the Burning man go deeper. It was an immediate off shoot of Harvey's Girl friend Janet Lohr who would organise summer solstice bon fire gatherings on Baker Beach several years prior to 1986.

The Burning Man's visual construction can be traced right down to the medieval times, when condemned people would be put to death by burning them in 'The Wicker Man', which was a large human shaped scaffold in which will be stuffed many people who would set ablaze (an ancient death machine). Thousands would gather to witness this burning of the condemned. The Wicker Man imagery got bigger with Christopher Reeve's 'The Wickerman' movie and Iron Maiden's Album 'The Wickerman'. Though the organizers make no immediate connection with The Wickerman, the imagery is too compelling to unrelate to. Unlike the Wicker Man, the new 'Burning Man' is all about setting people free through self expression and active participation.

The present day's Burning Man event, which is a big draw (about 60,000 people who drop everything to be there) is organised by Black Rock City LLC,( which is a non-profit organisation) since 1986. The deserts of Northern Nevada come alive to this large community from the last Monday of August to the first Monday in September every year. The event is sold out in End July.

The Burning Man project today attracts the condemned like never before. Only it's voluntary and has the ambience and energies for Beauty, Self Expression, Transformation, Right Living, Love and Freedom. Anyone and Everyone are welcome at the Temple of Grace !

Next best to being there at Nevada, undoubtedly, would be the experience of N.K. Guy's 'Art of Burning Man' from Taschen books. Yours for $ 59.99. A small price to pay for Great Beauty.