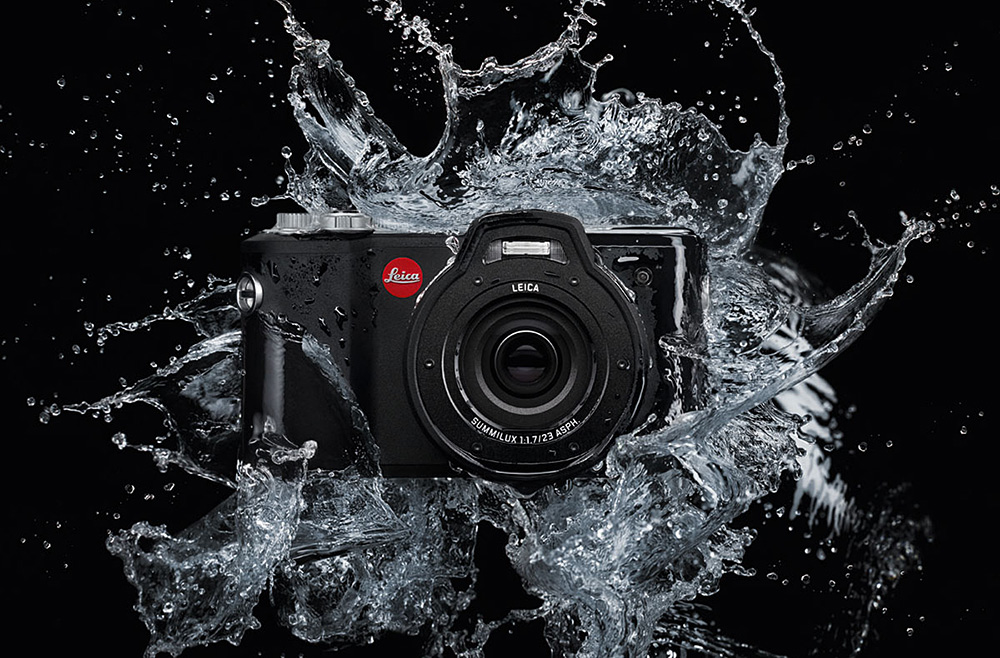 Though Ernst Leitz Optische Werke, has been around since 1849, it was not until 1913 that Oscar Barnack invented the 35mm truly compact camera, the predecessor of all Leica cameras. It will be 1924 when the cameras were put into production. At that time, photographers must have been sceptical about the performance and usability of the camera, but it made history and went on to change the ways cameras were made and the way in which people made pictures. Some of the world's finest photographers used the Leica and the pictures they made all have had very unique destinies.

Leica ruled the planet of the purist and the perfectionist and soon to follow, the celebrity.

Celebrities were attracted to the Leica for the visual hear says as well as the fact that it established them as celebrity connoisseurs of a legendary classic tool that had a larger than life aura. In the period 1924 till date, Leica launched many innovative and accurate models, always made with the promise of delivering the finest imagery possible in the hands of the photo artist. Starting with the Ur Leica which was the first camera to use perforated 35mm film, to the Leica IIs and IIIs, the M series which held the fort for 50 long years, followed by the R Series, Leica Camera and Leitz Lenses set a performance capability and a trend that is to say the least, unique, special and hard to beat.

When the digital age emerged, Leica, still believed in film as a medium and launched very ambitiously the Leica Module R, which would enable the Leica R8 or R9 camera to shoot with film or with a digital sensor, as the photographer chooses. This was 1996. Leica's first 10 Mp digital module was ready to go. This met with moderate success but was plagued with so many technical issues, that people wondered whether this was an innovation or a display of fine hubris.

Leica announced its intentions to stay ahead of the Joneses' when it launched the Leica S medium format camera with a range of lenses along with a slew of compact models and the M8 in the period 2006-2008. No doubt Leica has many followers and a solid market presence with their newer digital cameras, still handmade and still projects a larger than life presence for those who can afford one.

In an era, when the Leica Legend has to adapt to newer technology and more demands, when every camera made is expected to do monkey tricks and acrobatics, Leica is trying to keep its legacy alive by launching cameras that have not been made before. In this new lineage comes the Leica X-U.

The X-U is an off shoot of Leica's first compact digital camera, the X1 (which Featured a 12.2 CMOS chip with high pixel pitch, a fixed focal length 24mm f 2.8 Aspherical prime, this was soon to be a favourite, capable of delivering very high quality pictures that could rival a DSLR image).

The Leica X-U certainly can deliver on its promise. It promises to do things or photograph in situations where other cameras cannot. At least not without bulky housings or cases.

The X-U is the most rugged Leica camera to date. It is shock proof (can take a 1.22 metre fall) , dust and water sealed (upto a depth of 15 metres or 60 minute dives). Shoots both 16 Mp photos and HD video.

It is marketed as a rugged camera. It comes pre fitted with a 16 mega pixel APS C sensor (CMOS), Summilux 23mm f1.7 lens (equivalent of 35mm on a 35mm camera) and a built in flash. Be it a flood situation, snow storm, on the ocean with the waves, under the water, sand storm or very dusty environment, you get the best pictures possible. The camera is designed not to fail under extreme conditions. Adventure photographers get a boost from this design, as they no longer have to lug around bulky and cumbersome accessories to get their shot.

Uncompromising and futuristic design (by AUDI design), simple operation, solid construction, 'Leica Quality' Pictures, Are you ready for your new rugged photo companion ? Who can be with you no matter what, and give you the picture every time ?